For most Islamic African people, the annual Eid al Fitr and Eid al Adha are one of the most important festivals of the year. 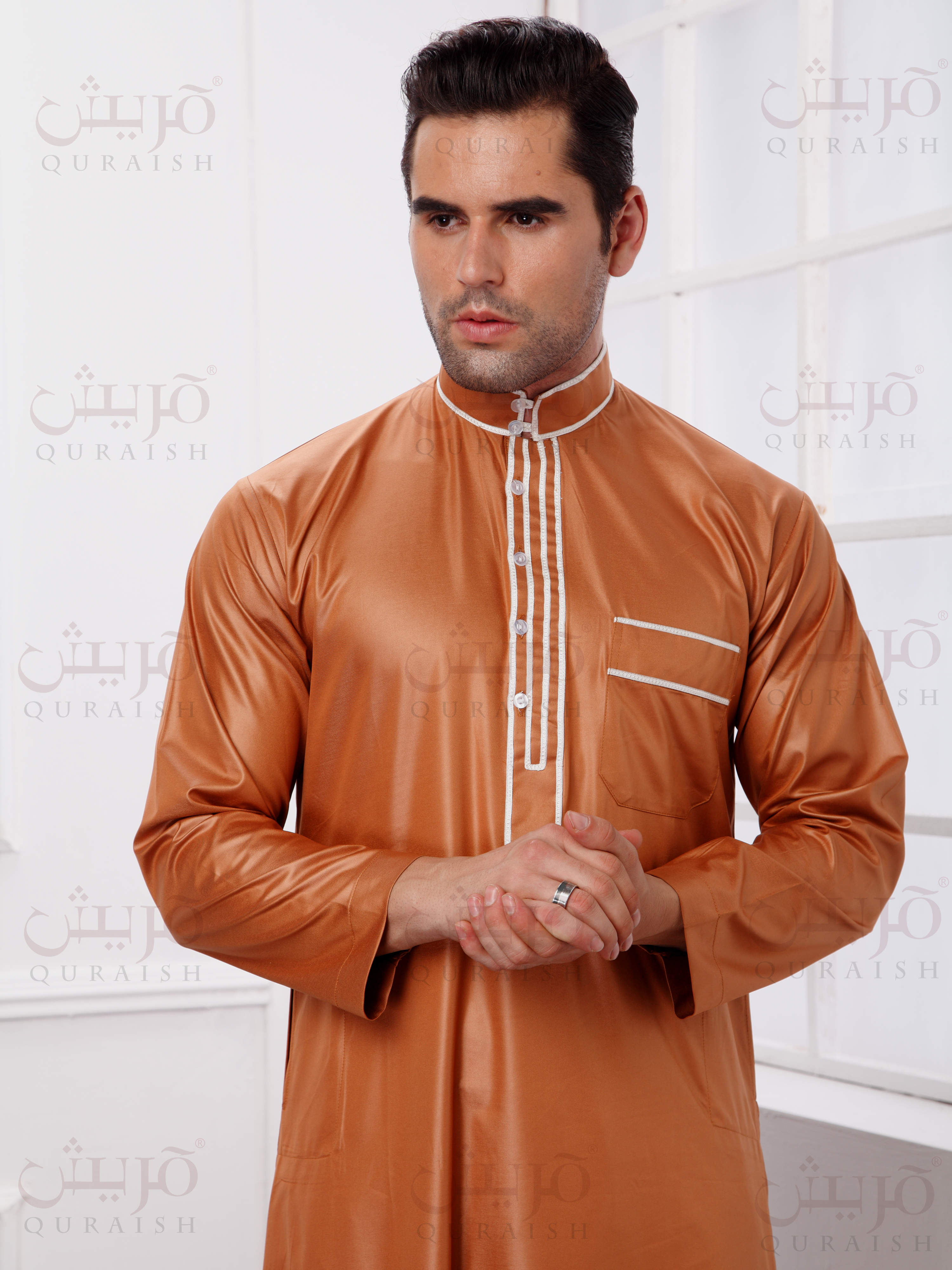 Eid al Adha is also known as Eid al Adha. Muslims with abundant economic conditions should slaughter animals within three days from December 10 to 12 of the Islamic calendar and participate in a series of ritual activities.

During the festival, every family holds a feast to entertain guests. On this day, Muslims will also wear holiday costumes to participate in celebrations in mosques.

Costumes worn at festivals are generally made of "Bazin" fabric.

This pure cotton jacquard fabric has both hardness and shiny luster, and it will make a "whoosh" sound when walking. It is called a dancing fabric.

Most of these costumes have gorgeous colors, exquisite patterns, and a strong sense of design. Men's clothing styles are mostly relatively wide robes, and the collar part is mainly collarless or shirt collar.

The costumes of African women are much more complicated. In addition to the traditional robes, many styles have evolved, such as ruffles, bubble sleeves, waist-closed umbrella skirts, fishtail skirts, and so on.

Sometimes, they also use Bazin with the same color and pattern to make parent-child clothes or couple clothes.

Bazin culture is a very representative symbol of Africa, and their love for clothing has been integrated into all aspects of life.

With the infinite creativity of Africans, African traditional costumes continue to adapt to modern life, deduce a variety of styles, and become a unique style of clothing.

Make a purchase of African Costumes from China, you can get them at a good price if you have a large quantity. We hope to be your long-term partner.